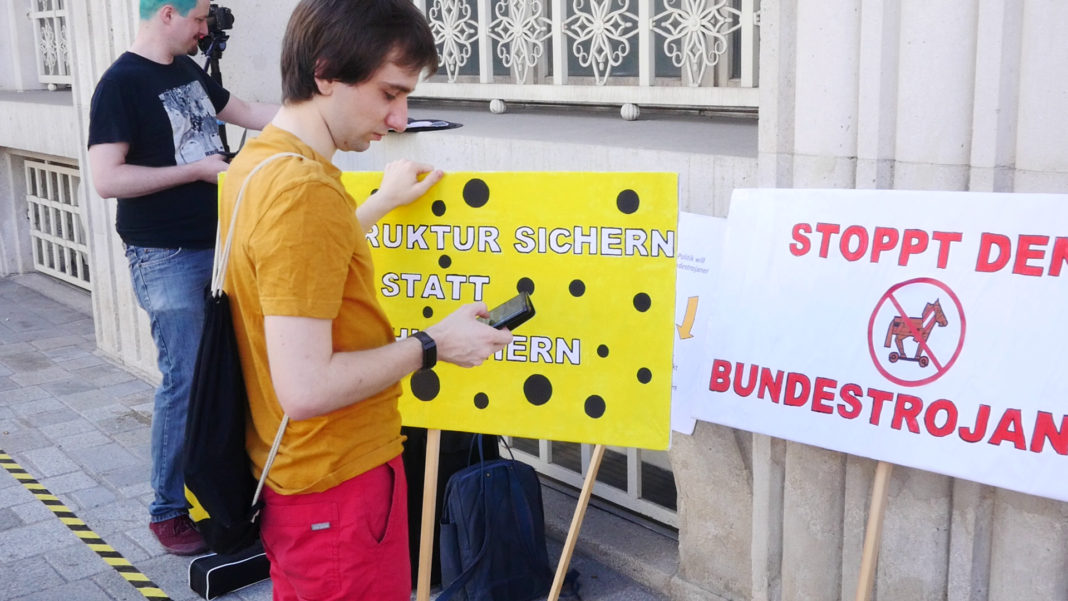 The Snowden revelations and the Cambridge Analytica scandal made obvious that Big Data is out of control. Opposition starts to grow. The film immerses itself in the world of data protection activists and their unequal struggle against global Internet corporations and the surveillance state. Their common motto: cheekiness pays off.

Max Schrems is a pain: to Internet giants such as Facebook or Google just as much as to the US government or the European Commission. When he brought down the “Safe Harbour Agreement” between the European Union and the USA with his lawsuit in Ireland against Facebook, people were gobsmacked: a young law student files a suite from a laptop in his living room thus putting a stop to the uncontrolled transfer of data between Europe and the USA. At the political level, this was supposed to be quickly repaired by the follow-up agreement “Privacy Shield”.

But Schrems has already filed another lawsuit: with his data protection NGO NOYB, he takes all major US Internet companies to court. All over Europe. “Privacy Shield” is now back on the table at the European Court of Justice and Google was sentenced in France to pay a fine of 50 million euros for violating the basic EU data protection regulation. So far.

Katharina Nocun is a nuisance too: for months she kept Amazon busy in her attempt to make it clear to the company that the right to data disclosure in Europe is more comprehensive than the company would like it to be. Among the billions of Amazon customers, she is one of the few having managed to obtain all the data that the company possesses about her alone: more than 20,000 printed pages. What Amazon knows about her is nightmarish. For the first time, Nocun makes it obvious how extensively this company monitors people. Hers is one among billions of user profiles: Amazon knows when a woman is pregnant even before she herself knows it.

Thomas Lohninger is annoying: When data protection or surveillance issues are on the agenda of the European Parliament, the Austrian Federal Government or at shareholders’ meetings of telecommunication companies, he and his colleagues from the data protection NGO “Epicenter Works” appear on the scene. It then can occur that the petition forms of thousands of EU citizens flood the printer of every single EU parliamentarian via their fax function in order to draw attention to their concerns.

And Markus Sabadello is inconvenient: Together with other programmers, he develops apps which give users their sovereignty over their personal data back, at the same time cutting Internet companies off from it. That’s not what those want at all.

Why do these data protection activists bother? What do they seek to achieve and who supports them? Their opponents, as well as their allies, often are in positions where one would not expect them. The film explores the world of a community of well-connected activists who, with cleverness, wit and persistence, stand up to presumed almighty opponents.

They are concerned with nothing less than the protection of privacy, the freedom of expression and democracy itself.